New Report: 40% of All Cancer Cases Related to Obesity, Overweight 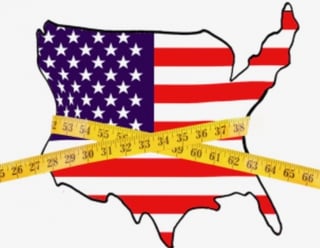 The findings are particularly important given the alarming statistics on obesity in the United States. Between 2013 and 2014, the CDC note, as many as 2 in 3 adults were deemed overweight or obese.

The researchers looked at the 13 types of cancer that have traditionally been associated with being overweight and having obesity. These include a type of esophageal cancer, postmenopausal breast cancer, colorectal cancer, endometrial cancer, gallbladder cancer, and gastric cardia cancer. 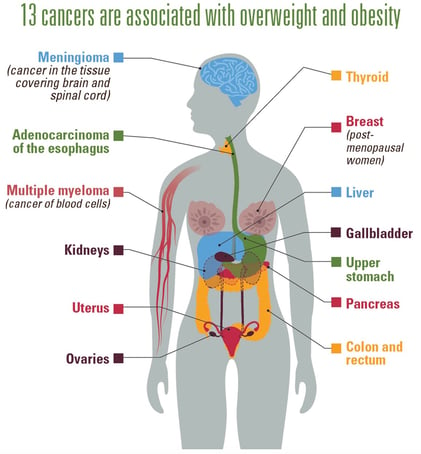 Overall, in 2014, approximately 630,000 people in the U.S. received a diagnosis of one of the cancers mentioned above, which represents a staggering 40% of all diagnosed cancers.