What To Know About Pfizer's Strongly Effective COVID-19 Vaccine 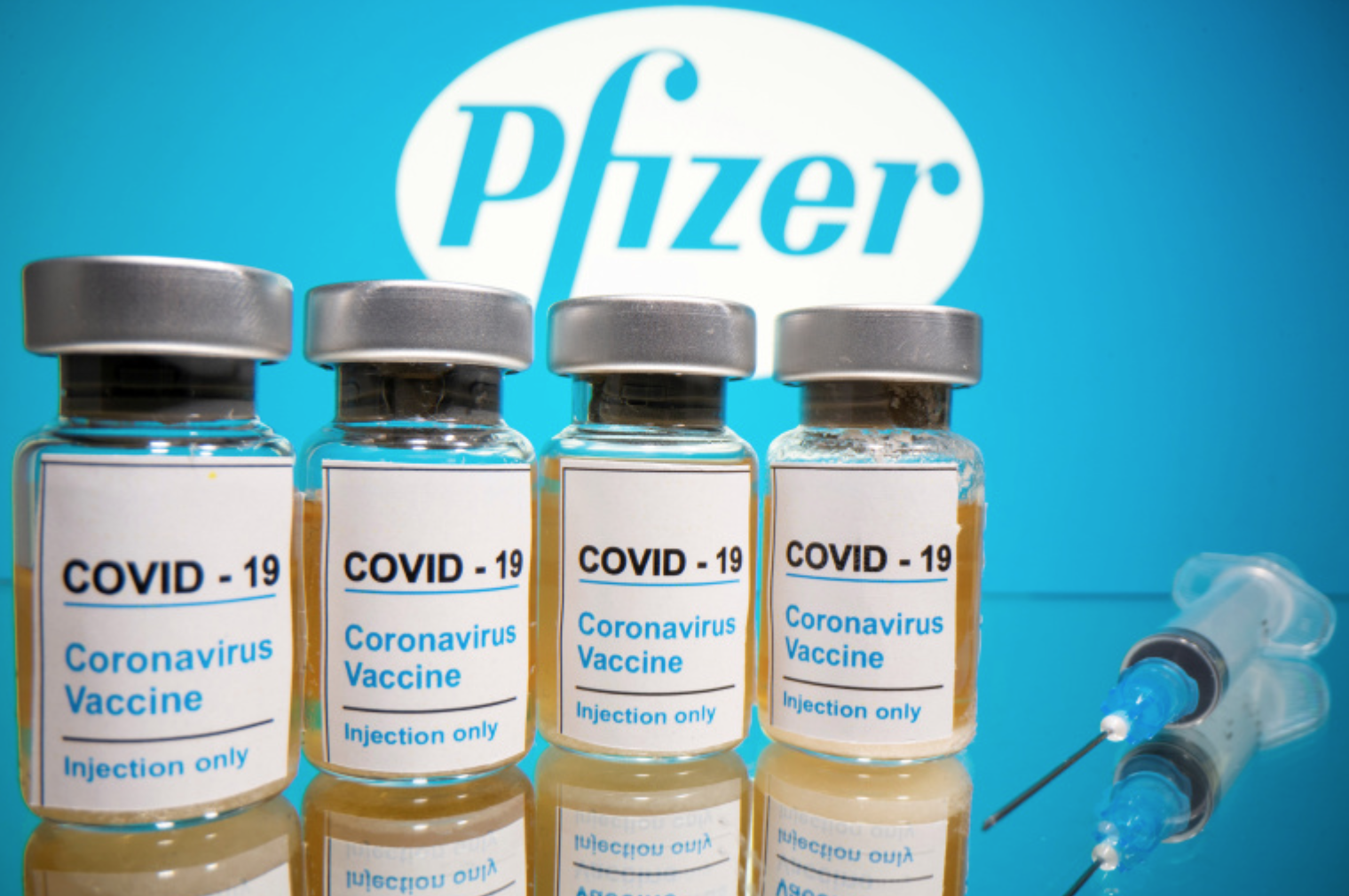 Pfizer and partner BioNTech said Monday that their vaccine against Covid-19 was strongly effective, exceeding expectations with results that are likely to be met with cautious excitement — and relief — in the face of the global pandemic.

The announcement on Monday reverberated across the world, with stock markets surging to new records and political leaders welcoming the late-stage trial results – even as scientists and doctors cautioned many questions remained unanswered and warned any celebration would be premature.

The vaccine is the first to be tested in the United States to generate late-stage data. The companies said an early analysis of the results showed that individuals who received two injections of the vaccine three weeks apart experienced more than 90% fewer cases of symptomatic Covid-19 than those who received a placebo. For months, researchers have cautioned that a vaccine that might only be 60% or 70% effective.

Here is all you need to know about the promising vaccine.

The drugmakers’ trial involves some 44,000 people in six countries, half of whom have been administered with the vaccine, while the other half were given a placebo – a treatment designed to have no effect.

Monday’s data is from an interim analysis that was conducted after 94 participants in the continuing trial developed COVID-19. Fewer than nine of them who caught the disease had been given the vaccine.

To confirm the efficacy rate, Pfizer said it would continue its trial until there were 164 COVID-19 cases among volunteers, a number that the Food and Drug Administration (FDA) has agreed is enough to tell how well the vaccine is working.

The data, however, have yet to be peer-reviewed or published in a medical journal. Pfizer said it would do so once it has the results from the entire trial.

Outside experts said key details of the data need to be analysed and cautioned that many questions remain, including whether the vaccine can prevent severe disease or complications, how long it will protect against infection and how well it will work in the elderly.

How does this vaccine work?

When you get vaccinated, you are usually given either a weakened or a dead part of the virus, or the bacteria that causes an illness. In this way, the vaccine does not make you ill, but your body recognises that it is a foreign element and it mounts an immune response. This means that when your body comes across the real bug that causes that illness, it will be ready to attack it straight away.

The way this new vaccine works is called mRNA, meaning that you are not actually being injected with parts of the virus or a weakened form of it, but you are actually being administered with a part of the genetic code of the coronavirus. This tricks the body into producing some of the viral proteins itself so that the immune system then detects these proteins and starts to produce a defensive response to them.

What was the reaction?

Investors piled into banks stocks, airlines and other economically sensitive companies that had been battered by months of coronavirus-led lockdowns and travel bans, pushing major US stock indexes to fresh record highs.

The World Health Organization said the results were very positive, but warned there was a funding gap of $4.5bn that could slow access to tests, medicines and vaccines in low- and middle-income countries.

Experts also warned there could be major challenges in distributing the vaccine, especially in poorer countries where power supplies are inadequate, as it must be stored at industrial deep-freeze temperatures to be effective.

Pfizer and BioNTech said they plan to apply to the FDA for emergency approval to use the vaccine by the end of the month, when they will have two months of safety data on about half of trial participants. This has raised the possibility of a regulatory decision as soon as December.

To save time, the companies began manufacturing the vaccine before they knew whether it would be effective. They now expect to produce up to 50 million doses, or enough to protect 25 million people, this year.

Pfizer said it expects to produce up to 1.3 billion doses of the vaccine in 2021.

Who is lining up to buy it?

Pfizer and BioNTech have a $1.95bn contract with the US government to deliver 100 million vaccine doses beginning this year. They have also reached supply agreements with the European Union, the United Kingdom, Canada and Japan.

Bourla, Pfizer’s CEO, said the results mark “a great day for science and humanity,” in a statement, saying they provide “initial evidence of our vaccine’s ability to prevent Covid-19.” He added: “We look forward to sharing additional efficacy and safety data generated from thousands of participants in the coming weeks.”