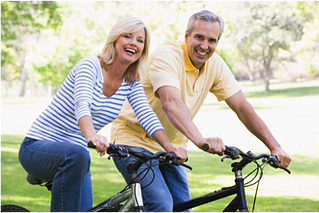 Alzheimer’s disease, the sixth leading cause of death in the U.S., was first identified more than 100 years ago, but research into its symptoms, causes, risk factors and treatment has gained momentum only in the last 30 years.

It affects people in different ways but the most common initial symptom is a gradually worsening ability to remember new information.

Here are the best action steps to prevent and/or beat Alzheimer’s disease. And remember, you should always consult your physician before stopping or changing medications or taking on new health strategies.

Surprisingly, this is joint top of the list in preventing the condition – along with exercise. People with untreated diabetes, high blood pressure and cholesterol have significantly higher rates of dementia, which could be related to blood vessel health. Inflammation of blood vessels in the brain is thought to have a strong connection to dementia.

People in their mid-40's and beyond should have regular blood pressure and cholesterol checks.

Evidence demonstrates that exercising in your 50's and 60's will prevent dementia better than for any other measure. It is recommended that you get 150 minutes a week of moderate exercise such as brisk walking or cycling.

Flavonoids are found in varying concentrations in many plant-based foods. Good sources of flavonoids are apples, grapes, bananas, berries, all citrus fruit, parsley and onions, but they are present in smaller quantities in most fruit and vegetables.

Recent studies suggest that flavonoids can be beneficial to both cognitive and physiological health. Why? Because flavonoids are an antioxidant – the chemicals in our bodies that mop up harmful molecules and protect our cells as we age.

Oily fish such as mackerel, salmon and herring contain huge amounts of omega-3 fatty acid, which can help prevent or at least delay Alzheimer’s according to some studies.

Published studies suggest that greater adherence to Mediterranean diet is associated with slower cognitive decline and lower risk of developing Alzheimer's disease. That means plenty of fruit and vegetables, fish, olive oil and nuts, a little red wine and not much meat or dairy.

Studies have found that higher caffeine intake in women over 65 is associated with reduced odds of dementia. This is probably due to the effect of caffeine.

Scientists concluded that keeping your caffeine levels topped up either reduces the risk or at the very least delays dementia. Three cups a day was the critical amount.

There’s encouraging news that red wine, grapes and dark chocolate may keep the disease from progressing.

But too much increases the risk – probably because regularly drinking too much alcohol increases your blood pressure and makes you fat, which are risk factors for dementia.

Studies show that stress is emerging as an important risk for dementia, especially among those with a long-term, high-stress lifestyle. It is thought to be due to the effect of the stress hormone cortisol, which causes high blood pressure and may kill off brain cells.

There’s also a definite link between depression and dementia: those with long-term depression have more plaque in their brains and are more likely to develop dementia symptoms.

Reducing epression in midlife is very important to reduce your risk of dementia.

Physicians now commonly advise older adults to engage in mentally stimulating activity as a way of reducing their risk of dementia.

10. Take care of teeth and gums

It sounds unlikely, but bacteria, such as porphyromonas gingivalis, can increase your risk of stroke, rheumatoid arthritis and possibly dementia, according to WebMD.

A diagnosis of Alzheimer’s disease is most commonly made by an individual’s primary care physician. Contact Total Access Medical today to have unlimited access to a concierge physician.