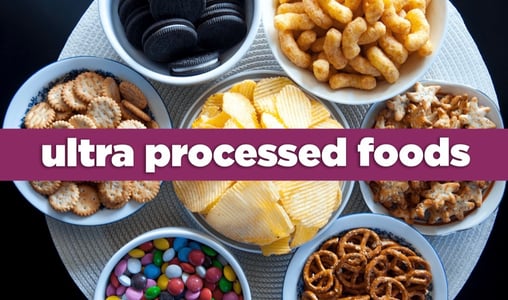 Researchers have narrowed down the specific foods and dietary patterns that may increase the risk of certain cancers. Research into diet and cancer risk is ongoing, and researchers still have much to learn about how and why food choices affect cancer risk.

Scientists know there is a strong link between processed meat intake and certain types of cancer.

The International Agency for Research on Cancer (IARC), part of the World Health Organization (WHO), classified processed meat as carcinogenic and unprocessed red meat as “probably” carcinogenic.

A 2018 review found that increasing intake of processed meat up to about 60 grams (g) per day and red meat up to 150 g per day increased colorectal cancer risk by about 20%.

Diets high in processed and red meat also have associations with an increased risk of other cancers, including stomach cancer and breast cancer.

Compounds created during high-temperature cooking and smoking processes can cause cellular damage, which can initiate the development of cancerous cells. The heme iron found in red and processed meats may also have a toxic effect on cells.

According to health experts, diets high in ultra-processed foods, including Western diets, significantly increase the risk of certain cancers.

A 2018 study that included data on almost 105,000 people found that increasing the dietary proportion of ultra-processed foods by 10% had associations with a significant 12% increased risk of overall cancer and an 11% increased chance of developing breast cancer.

Certain food additives and contamination by chemicals from food packaging may also contribute to the increased cancer risk associated with the consumption of ultra-processed food.

In addition to cancer, ultra-processed food intake has links to many other chronic conditions, including type 2 diabetes and heart disease, and an increased risk of death from all causes. It is important to try to limit consumption of ultra-processed products as much as possible to reduce the risk of developing these conditions.

A diet high in added salt may increase the risk of certain cancers, particularly stomach cancer.

Diets high in added salt have associations with an increased risk of certain cancers, including stomach cancer and esophageal cancer.

Drinking scalding hot beverages may increase cancer risk. The IARC has classified beverages with a temperature over 149°F (65°C) as “probably” carcinogenic to humans.

A 2015 review of 39 studies found that drinking hot beverages has associations with a significantly increased risk of esophageal cancer, especially in South American and Asian populations.

The study found that people who usually drank very hot or hot beverages were almost twice as likely to develop esophageal cancer than those who usually consumed warm or cold drinks.

Recurrent temperature-related injuries to esophagus cells may lead to the development of precancerous and cancerous lesions.

The IARC identified several other dietary factors that may lead to cancer progression. For example, following a diet with a high glycemic load may increase the risk of endometrial cancer.

Diets with a high-glycemic load are typically rich in added sugars and refined carbohydrates, such as white bread and white rice.

Before discussing which foods and dietary patterns may protect against cancer development, it is crucial to understand that engaging in activities that scientists consider significant cancer risk factors, such as cigarette smoking or excessive drinking, may counteract the potential protective effects of diet.

Researchers have discovered that, just as some dietary patterns may increase cancer risk, nutritional choices can also have a protective effect against cancer.

For example, the Mediterranean diet, which is high in fiber, antioxidants, and anti-inflammatory compounds, and low in red and processed meat and ultra-processed foods, has associations with an overall protective effect against cancer and cancer-related death.

In addition to consuming a diet rich in plant-based foods, reducing intake of processed and red meats, ultra-processed foods, and added sugars and salt may help reduce the risk of certain cancers and many other chronic conditions.