How Does Long Term Depression Alter the Brain? 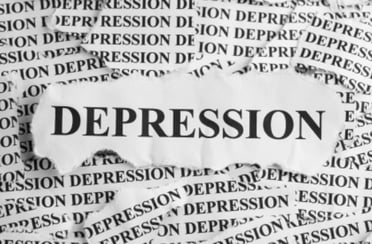 8.1% of people over the age of 20 have depression over any given 2-week period.

For some people, depression might only be episodic and overcome within a matter of weeks or months. However, for others diagnosed with major depression, the condition could persist for years, affecting their lifestyle and quality of life.

Looking at cases in which major depression lasts for over a decade, researchers wanted to investigate whether living with this condition for so long would significantly impact the brain, and if so, how.

Researchers compared the brain scans of people who had lived with untreated depression for 10 years or longer with those of people with a shorter history of depression.

The findings suggest that specialists might want to change their approach to treating long-term depression as it progresses.

Depression May Be Progressive

The researchers worked with 80 people aged 18–75. Of these, 25 had lived with depression for longer than 10 years, 25 had had the condition for less than a decade, and 30 were depression-free.

The researchers wanted to explore whether the brain inflammation worsened over time in people with long-lasting depression.

The scientists determined the severity of neuroinflammation using a brain scan called positron emission tomography (PET). This allowed them to monitor the activity of cells found in the central nervous system that are associated with the inflammatory response to injury.

Through the PET scans, the researchers found that the concentration of inflammation was 30% higher in the brains of people who had lived with depression for more than a decade.

Consistent with previous findings, the brains of those who had lived with untreated depression for shorter periods of time still had higher concentrations of inflammation than the brains of healthy controls.

However, More Studies Are Required

According to the researchers, long-term depression should be treated as a different stage of the same condition, as it may require a different therapeutic approach than depression in its earlier phases.

If depression is characterized by an increasingly serious inflammatory response in the brain then it may be adequate to treat it with anti-inflammatory drugs.

Therefore, further studies should look into the possibility of repurposing such medication as therapy for depression.

Another question that should be answered is what the best therapy for people with long-term major depression might be.