How Is Skipping Breakfast Affecting Your Kids? 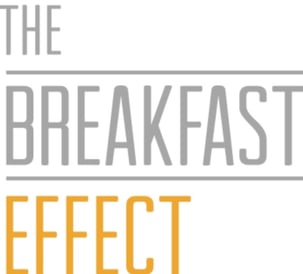 Among youth, the habit of skipping breakfast is cause for concern since daily nutrient intake plays a pivotal role in growth and development. Increased demands for growth require more energy, or calories.

Research has shown that children who skip breakfast do not compensate for it by eating more later in the day. Skipping breakfast may affect the child’s academic performance as overall engagement and cognitive abilities may be compromised due to low blood glucose.

The older children were three times more likely to skip breakfast suggesting that habits for breakfast consumption be formed at an earlier age. Overall the kids had similar intakes in terms of types of foods but significant differences were reported.

Furthermore, the intake of several key nutrients such as vitamin A, calcium, fibre, iron, folate, protein, carbohydrates, and fats were all lower in the children who did not eat breakfast. Essentially they were missing an opportunity for nutrient intake by skipping breakfast and as a result, were eating insufficient amounts of nutrient-dense foods.

The study suggests that professionals and parents should consider intervening and creating strategies for promoting breakfast consumption at early ages. If children don’t eat breakfast between ages of 2-5 it is fair to assume they will continue to skip breakfast throughout their childhood and adolescence.

An alternative could potentially be increasing intake of food throughout the day in children who skip breakfast to make up for the lost meal and nutrients and limiting the amount of snack foods they rely on.

Further research is needed on the reasons that influence the behaviour and strategies for improving the overall nutritional status of youth in the US in order to mitigate nutrition-related issues in adulthood and improve both their physical and cognitive growth and development.