How Stress and Sleep Conspire to Make You Fat 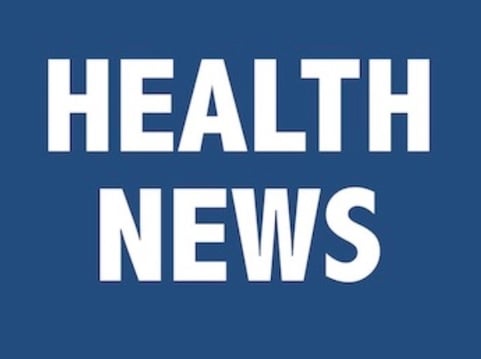 The trouble with stress is that it seeps into every area of your life — affecting your sleep, mood and the size of your waistline. The interactions between these factors were the subject of a recent study in the International Journal of Obesity, which found that people with high stress and poor sleep were less likely to achieve a 10-lb weight loss goal.

The study involved 472 obese adults (with BMIs between 30 and 50) over age 30; 83% of the participants were women and a quarter were senior citizens over 65. The volunteers were enrolled in a weight-loss program that included attending weekly group counseling sessions, keeping a food diary, exercising at moderate intensity most days of the week (for at least three hours per week), reducing daily consumption by 500 calories and sticking to a low-fat, low-salt diet high in fruits, veggies, whole grains and lean proteins.

At the beginning of the study and again six months later, the researchers looked at certain lifestyle measures, like the participants’ stress levels, nightly sleep quality, and depression.

Over the course of the study, 60% of participants lost at least 10 lbs. — the threshold that gained them entry into the second, weight-maintenance phase of the trial (the results of which are not yet available). As expected, researchers found that factors like exercise, keeping a food diary and attending behavioral counseling sessions were highly correlated with successful weight loss. On average, participants lost nearly 14 lbs.

But the researchers also found some other influential predictors of success: sleep quality and stress. Participants who reported sleeping less than 6 hours, or more than 8 hours, per night at the start of the study were less likely to meet the 10-lb. weight loss goal, compared with people who slept 6-8 hours.

Stress compounded that association: people who slept too little or too much and reported high levels of stress were only half as likely to make it to the second phase of the study as people who got 6-8 hours of sleep and had low stress. What’s more, weight loss was tied to reductions in stress and depression over time, leading the authors to suggest that for people trying to shed extra pounds, it might be worth focusing on proper sleep and stress reduction too.

Physicians might consider targeting sleep, depression and stress as part of a behavioral weight loss intervention.

This isn’t the first time scientists have identified sleep or stress as a culprit in weight gain. Another study of 26 healthy men and women, showed that when people are sleep-deprived (4 hours of sleep a night for six nights), they eat significantly more calories than when they’re well rested (9 hours of sleep a night for six nights). In the study, sleep-deprived women ate 329 more calories per day, and men ate 263 more calories — and most of those excess calories came from foods like ice cream and fast food.

It’s thought that disruptions to the sleep cycle stimulate a hormone called ghrelin, which in turn stimulates appetite.

Further, there’s increasing evidence that chronic stress can trigger overeating as a coping behavior. And studies show that high-calorie, fatty foods light up some of the same reward pathways in the brain that drugs do — in other words, fatty, sugary snacks can become “addictive."

For dieters, the combination of poor sleep and lots of stress can be a serious gut-buster.

So what can you do? For starters, ditch those highly processed foods in favor of the healthy, fatty, fiber and protein-rich foods. Research suggests mindfulness meditation, a brisk walk, exercise and keeping food out of sight can also help knock down your incessant cravings.