How Does Sugar Affect A Child's Brain? 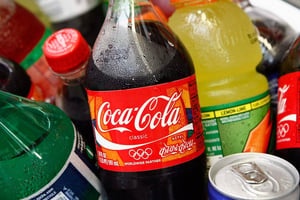 It is no secret that sugar can have devastating effects on cardiac health and the waistline. However, evidence supports the theory that high levels of sugar can have negative effects on a child’s brain, from psychological wellbeing to cognitive function.

A research study conducted at the University of Southern California found a disturbing connection between memory and sugary drinks. These refined drinks contain high levels of carbohydrates which if ingested in large quantities can cause metabolic disturbances.

The study also found that increased sugar intake interferes with the ability of the brain to function normally, or even remember little details about one’s environment in the event that it’s consumed in large quantities before adulthood.

Extreme levels of sugar in children can cause interference with neurotransmitters responsible for keeping moods stable. This often leads to depression and anxiety in children. Moreover, high sugar levels can cause inflammation of cells in an area of the brain known as hippocampus. This area plays a critical role in organizing and storing memories as well as connecting senses and emotions to those memories.

The best way to spot and keep track of added sugar is to look on the nutrition label for packaged foods.