Is Tap Water Safe to Drink? 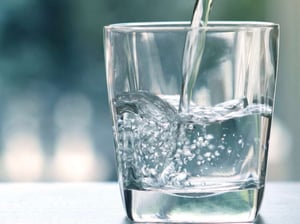 Carcinogens in drinking water could be the cause of more than 100,000 cases of cancer in the United States, according to a recent study.

Researchers used a new approach to analyze cumulative cancer risk due to cancer-causing chemicals in tap water across the U.S. They report the findings in a recent Helyion paper.

The analysis drew on water quality data from 48,363 community water systems across the country.

The analysis revealed that the most significant impact on cancer risk came from arsenic, followed by byproducts of disinfection.

In the research, the authors explain that since the 1990s, scientists and health organizations in the U.S. and elsewhere have been urging that risk assessments should focus on cumulative impact rather than just the effect of one contaminant at a time.

In the U.S., it is already standard practice to use a cumulative approach to assess the risk of developing both "cancer and other serious health effects" from exposure to toxic air pollutants.

The team obtained cancer risk benchmarks for each of the 22 contaminants that they analyzed from the U.S. Environmental Protection Agency and the California Office of Environmental Health Hazard Assessment.

From the water quality and population data for each community, the researchers calculated that 141 million people across the U.S. live in areas in whichlevels of arsenic are above this threshold.

The highest risk came from water systems that rely on groundwater and supply mostly smaller communities.