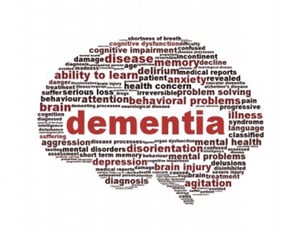 According to the World Health Organization, there are 10 million new cases of dementia every year, and this figure is set to triple by 2050. Although there's no effective treatment for the disease, there's much that can be done to delay or slow progression.

The WHO issued its first recommendations to reduce the risk of dementia globally. The recommendations include regular physical exercise, not using tobacco, drinking less alcohol, maintaining healthy blood pressure and eating a healthy diet -- particularly a Mediterranean one (simple plant-based cooking, little meat and a heavy emphasis on olive oil).
The Mediterranean diet is the most extensively studied dietary approach, in general as well as in relation to cognitive function. Several systematic reviews of observational studies have concluded that high adherence to the Mediterranean diet is associated with decreased risk of mild cognitive impairment and Alzheimer's Disease, but modest adherence is not.
The WHO also warned against taking dietary supplements such as vitamins B and E and antioxidants, omega-3 and ginkgo in an effort to combat cognitive decline and dementia.
The report recommended proper management of weight, hypertension, diabetes and dyslipidemia -- unhealthy or unbalanced cholesterol levels -- as measures that could potentially reduce the risk of dementia and cognitive decline.
Although the report stressed that social participation and social support are strongly connected to good health and individual well-being, it said there was insufficient evidence linking social activity with a reduced of risk of dementia.
Similarly, it said cognitive training could be offered to older adults but the evidence linking it to a lower risk of dementia was "very low to low."
In conclusion, keep on doing the things that we know benefit overall physical and mental health, but understand that the evidence that these steps will reduce dementia risk is not strong.