What Are The Stages Of Lung Cancer? 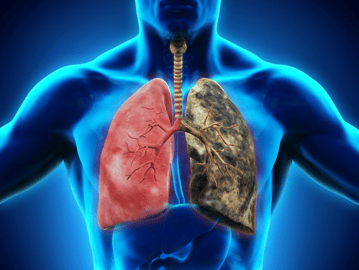 The staging of cancer describes how far it has spread through the body and how severe it is. Staging helps healthcare professionals and individuals decide on a suitable course of treatment.

The most basic form of staging is as follows:

Healthcare professionals typically use tumor size and spread to describe the stages of non-small cell lung cancer, as follows:

Small cell lung cancer has its own categories. The stages are known as limited and extensive, and they refer to whether the cancer has spread within or outside the lungs.

In the limited stage, the cancer affects only one side of the chest, though it might already be present in some surrounding lymph nodes.

Around one-third of people with this type find out that they have cancer when it is in the limited stage. Healthcare professionals can treat it with radiation therapy as a single area.

In the extensive stage, the cancer has spread beyond the one side of the chest. It may affect the other lung or other parts of the body.

Around two-thirds of people with small cell lung cancer find out that they have it when it is already in the extensive stage.